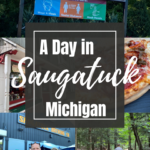 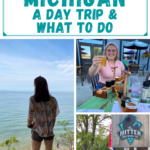 West Michigan’s coast is known for it’s sandy beaches, harbor towns, outdoor recreation, culture, history, and so much more. Saugatuck, Michigan is one small town that has it all. Widely known for it’s award winning beaches, and art scene, we spent a summer day in Saugatuck Michigan while staying in Holland.

Where is Saugatuck Michigan located?

Nestled on the southwest coast of Michigan’s lower peninsula, is where you will find the cute little town of Saugatuck. Located right on Lake Michigan, between Holland and South Haven.

Let’s be honest…visiting breweries was the main reason we decided to visit Saugatuck. And, there’s no shame, because Saugatuck happens to be the home of two pretty impressive breweries. For those who aren’t beer drinkers, you can also find a distillery, some wineries, and even a cider place.

Believe it or not, we were introduced to our first Saugatuck Brewing beer down in Florida. We came across their Blueberry Lemonade Shandy from a local beer store several years ago. From then on, it’s been a staple in our fridge. Also, a must for watching, or taking to, a Michigan Football game.

Matt and Emma tasted some flights, and left finding several new beers to love. Both Matt and Emma said the Peanut Butter Porter is their favorite. Lucky for them, we snagged some on sale to take home.

After visiting the original Mitten Brewing in Grand Rapids back in 2018, we knew we had to stop in their downtown Saugatuck location. Not only do they serve great beer, but their pizza is top notch! We even went back the next day to have it again.

Best part of visiting during the summer is Mitten’s Peanuts & Cracker Jack on tap!! We first heard about this limited release many years ago. Every summer we have looked for the cans in multiple stores, with no luck finding it. Finally, we got to try it, and Peanuts & Cracker Jack lives up to the hype. Our server almost talked us into the last case during our second visit, and now we wish we had grabbed it.

Trip map created with Wanderlog, an itinerary planner on iOS and Android

Sadly we didn’t have the time to stop at Guardian Brewing, which is just north of downtown. I personally would love to go back, since it’s a female run brewery. Waypost Beer is just south of Saugatuck, in Fenville. You can actually see it on the east side of 196, and we drove past. Such a bummer we were over in west Michigan during the week, and many places still had limited hours of operation, thanks to the pandemic.

A Summer Day in Saugatuck Michigan

What to do around Saugatuck in summer

With six different beaches to choose from in the area, we decided to check out Saugatuck Dunes State Park. I wanted the girls to see some dunes. There’s several walking trails from the parking lot, and the beach is a two-thirds mile hike. Not exactly the best beach to lug a bunch of stuff to, so thankfully we were just there to take a walk then head back to downtown Saugatuck.

Also, because of the dunes, this beach doesn’t have lots of room between the dunes and water. Must be why this park mostly attracts nature lovers, birdwatchers, and hikers. We walked along the water for a bit, then took the trail back. It was nice to put our feet in the water, and take in the sights.

Just before getting to the parking lot at Saugatuck Dunes State Park, we passed the Felt Mansion. Built between 1925 and 1928 by Dorr Felt for his wife Agnes, but sadly they both passed in less than 2 years after the mansion was finished. There’s lots more history, and they do offer tours, sadly not when we were there. Me and my historic homes, you know I’d love to go back.

Summer In Saugatuck Michigan: What to do

Singapore, The Buried History of Saugatuck

Outside the historic Saugatuck Village Hall is a marker is the story of Singapore, a former bustling Lake Michigan town, founded in the 1830’s. Sadly, after the lumbering industry grew dry in the area, the town grew quite, and was slowly buried under the waters of Lake Michigan.

What is Saugatuck known for

Saugatuck Michigan is known as a town that supports and showcases the arts. Even their welcome sign has a painter’s palette.

The Art Galleries: A Day In Saugatuck

Saugatuck is well known for it’s art culture, going way back to the early 1900’s. The Social District, and beyond is full of art galleries, and it really reminds me a lot of our local Central Florida town, Mount Dora. With the historic buildings, shops, arts appeal, bed & breakfasts, and culture. It’s no wonder they’ve evolved into a place where everyone belongs.

Where to stay in Saugatuck

When we spent a day in Saugatuck, we were actually staying in Holland, so we did a little road trip. But, if you would like to stay right in town, there are plenty of hotels, bed & breakfasts, vacation rentals, and resorts to choose from. Like Tootsies Place above.

Where to eat in Saugatuck

I wish I could personally recommend more places to eat, but like I said above, we ate pizza at Mitten Brewing both days. Therefore, I would check out Yelp, or the visitors bureau for suggestions on the best places to eat in Saugatuck. Oh, and we did have ice cream from Kilwins which originated in Michigan.

What’s the summer weather in Saugatuck?

Our visit was during the summer, July 2020. During summer you can expect 70’s and 80’s weather during the day, and 70’s, possibly 60’s at night. But, be prepared for much warmer, and much cooler. Just check the forecast before traveling.

How big is Saugatuck

Downtown Saugatuck is not very big, and easily walkable. In between beach towns, it’s very rural, with not much around. Makes for pretty, scenic road trips. At least in my opinion.

Final Thoughts On Our Summer Day In Saugatuck Michigan

Although our main reason for visiting Saugatuck was the breweries, I would say we fell in love with this town, and see why it receives such rave reviews and awards. In addition to the couple things we were able to do during our short visit, there is so much more to Saugatuck, Michigan. If you’re anywhere near the area, I highly suggest taking a look at what you can do on a summer day in Saugatuck Michigan.

Be sure to also check out our Day Trip to South Haven, which is just south of Saugatuck. 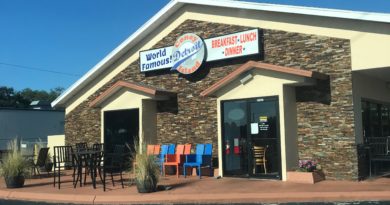 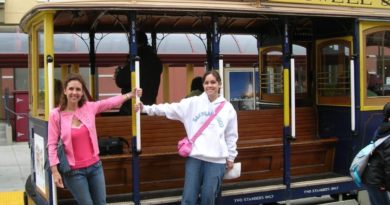 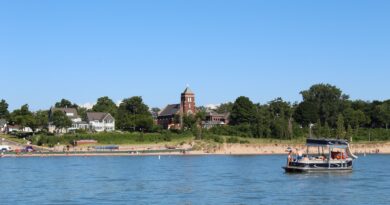 15 thoughts on “A Day In Saugatuck Michigan”