When Matt worked in Hazel Park, just outside Detroit, he would tell me about lots of great places they would get lunch. Even though we moved from Michigan 11 years ago, we have our favorite places we like to eat. BUT, last summer, Matt offered to take us for a sandwich in Detroit, on our way up to Frankenmuth. Honestly, I’m not a big sandwich eater, so I didn’t have much expectations.

From first bite of my Dan & Vi’s “deli slice” I was hooked, and so were the girls.

As we made plans for this years visit to Michigan, I said we had to go back, and take our oldest, since she wasn’t with us. Nice excuse for me to get my fix, right?

I decided to reach out, so we had the pleasure of talking with management to learn more about the history, and future, of the Detroit Icon.

It’s no surprise to hear of emptying neighborhoods in Detroit, and Poletown East is no exception. Despite the decline over the past several decades, there stands one place keeping this community alive. Dan & Vi’s has survived the test of time, “Serving the D Since 1963” and plans to keep that going!

What started as a way to serve quick lunch in Detroit, has evolved into a community family. Dan & Vi’s vision was to create a place that served high quality, affordable food, quickly, for those working in and around Northern Detroit. Back in 1963, with just 30 minutes for lunch, you had to find a place to get in and out quickly.

Dan & Vi’s continues to pride themselves on keeping lunch affordable, and quick, without ever compromising the quality of the food they put out. To keep things moving along during their busy lunch time, they often take note how long it takes for a customer to come in the door, and get back out. This is all about patrons being able to enjoy lunch, instead of standing in line. A thank you to the hard working citizens making Detroit great.

Dan & Vi’s has been passed down within the community, and family, for over 56 years. Original owners, Dan and Violet, had a passion for serving the community, and bringing people together. Sadly Dan passed in the 1970’s, but Vi kept the shop running strong. Once Violet was ready to retire she approached Billy, a long time employee from the community. Billy would get first dibs on taking the place over, so he and his wife decided to take the leap. After almost 30 years, it was time to pass it off to Aaron, Billy’s son, and current owner.

It wasn’t until the mid 2000s their flagship sandwich, “the deli slice” was created. Two pizza crusts baked with butter and parmesan, layered with salami, ham, cheese, shredded lettuce, tomatoes, onions, and Italian dressing. They had no idea the craze they had started.

The menu has been expanded to include more signature sandwiches such as turkey, club, and even a veggie. Each with the same delicious bread as “the deli slice” but just different seasonings.

You can also find Detroit favorites like Faygo pop, and Better Made potato chips to make your lunch complete.

How exactly has Dan & Vi’s survived? One word….Family.

I agree with our oldest, Emma. “The food is great, but the hospitality is even better.”  They may be on a mission to get you through the line quickly, but that doesn’t stop Eric from knowing all the regulars. General manager, Dawn, let us know, they celebrate with customers like they are family. Whether it’s a new job, a birth, a marriage, or a new home. Sadly, it also hits them hard when they lose someone.

Who would leave a corporate job of 14 years? Manager Tina, did just that. Once she got a taste of the family working environment, and what their mission is, she was hooked. Tina had never even heard of place before being offered a job, and she quickly learned how many of her Facebook friends raved about the place when she announced her new position.

After set backs due to major road construction last year, Dan & Vi’s is hoping to break ground this coming spring on a new building. Something with a better work flow, but same feel. The new building will be on the same property, so they won’t be going anywhere. They plan to stay within the community.

Be sure to follow them on Facebook to stay in the know, because there will be shipping available on orders for a limited time. They’ve already made shipments to Florida in the past, so you know we are excited about that!! 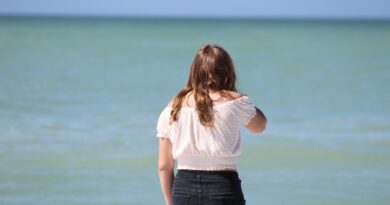 What To Do In Fort Myers, Sanibel, Captiva: A Nature Inspired Trip 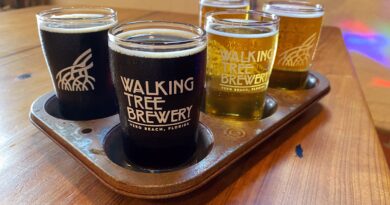 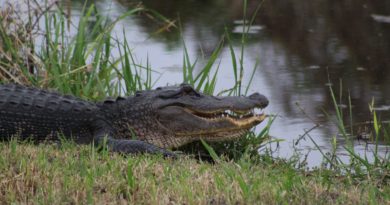