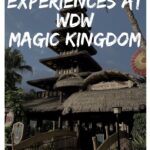 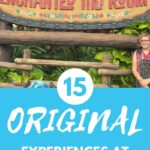 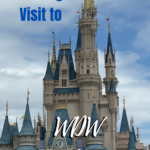 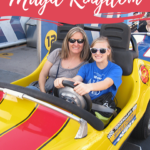 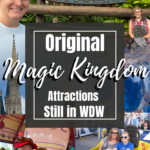 In the ever changing world of Disney, it can be tough to keep up. But there are some attractions which have stood the test of time. With Walt Disney World’s 50th upon us, there are many ways to celebrate the magic. In my opinion, visiting Magic Kingdom is a MUST. I mean how can you not make the park that started it all part of your celebration? Taking a day to experience all original Magic Kingdom attractions is how to celebrate Walt Disney World’s 50th in the MOST Magical Way!!

Back in 2019, my youngest daughter and I did just that, for Magic Kingdom’s 48th birthday! We only had a couple hours to attain our spontaneous goal, but we were determined to go for it. We video journaled our magical day, and you may be surprised and how it ended. Furthermore, it had much more impact on me, that I ever imagined.

Themed after Indiana Motor Speedway, and topping out at a whopping 7mph, this was originally called Grand Prix Raceway.

Can you believe Mad Hatter Tea Party used to be uncovered? I suppose lines didn’t used to be as long as they are now, but happy you can get reprieve from the heat now. We tend to have lots of laughs spinning around.

Although the current rides are not the original, Disney was smart to expand Dumbo Flying Elephants with two full rides. It’s such a popular ride for Disney lovers of all ages.

Built in 1917, and originally called Cinderella’s Golden Carrousel, this historic beauty has been around for over 100 years. So many joyful memories of our girls waving at onlookers as they rode around on their noble stead.

Are You Planning to Celebrate Walt Disney World’s 50th?

My absolute favorite as a child, It’s a Small World will never lose it’s message of all nations coming together as one.

Even though Peter Pan’s Flight was not open on opening day, it’s still and original in my book. I know there are mixed feelings about this ride, but I will let the wait times speak for themselves.

A family favorite in our house. I remember back in high school, before parks were packed, just before park closing, a family friend and I kept running out the exit, and back in to ride over and over again. That memory will always stay with me.

I have to admit, this is probably my least favorite of the original attractions, so that’s probably why we saved it for last, and missed out on it. I do love history, but I prefer The American Adventure in Epcot.

Another childhood favorite of mine. I remember Disney used to have trading cards, and I had several for the characters of Country Bear Jamboree. I sure wish I still had them today.

This attraction reminds me of our neighbor, who we used to vacation to Disney with. Liver Lips and Big Al are still the ones we love to imitate.

This was originally named Tropical Serenade, and for a short time was refurbished as Tiki Room Under New Management. Personally, I was happy to see it back to it’s almost original version. It’s altered script, but with the original characters.

Anyone else love that this attraction is never the same? Each skipper adds their own twist to your experience. You may get your typical “back side of water”  and “ Ginger snaps” comments, but there are some very creative cast members on Jungle Cruise.  I do miss their ability  to carry guns and shoot blanks at the hippos, but I suppose that’s minor.

I actually used to dream of getting stranded on a deserted island, and live like Swiss Family Robinson. Was anyone else a Sunday night “Wonderful World of Disney” watcher?

Sadly, when I was doing research on which attractions were original, there weren’t any that mentioned Cinderella’s castle. Not sure why, but how can you NOT count the focal point of Disney magic??? Probably the most photographed building in all the parks, it’s original, and Magic Kingdom would not be the same without it.

Sometimes when we’re in Magic Kingdom, we hop on the railroad, and just ride it all the way around, just to relax. Sadly, it is not running with the addition of Tron. But, they do offer photo opportunities with the train until it runs again.

Another attraction that some consider original, but I decided not to add it on our challenge because it’s not included in your park admission. The arcade has games available for additional cost. I wanted to mention it, since it has been in the park since the beginning.

I think the monorail is worth mentioning, because it was a choice of transportation to the Magic Kingdom on opening day. Anyone else miss the days of being able to ride up front with the driver? Last time we did this was in 2006, before it was no longer allowed.

Can Disney Trams Be Considered Original Attractions at Magic Kingdom?

Trams were shuttling guests from the beginning, even these have also evolved over time. I really wish they still had trams in Fort Wilderness Campground instead of the bus system. Great memories of hopping on and off the trams while I was growing up.

Final Thoughts on How to Celebrate Walt Disney World’s 50th

The night before Magic Kingdom celebrated it’s 48th birthday, I spontaneously decided we would head to the park, and attempt all the original attractions. I was in a mental “funk” at the time, and had no idea how experiencing all these original attractions was going to alter me. It’s sad we won’t be there to celebrate Walt Disney World’s 50th, but I will treasure this day with my daughter forever.

As you may have read, many of these attractions hold significance in my childhood. Therefore, it’s no wonder I walked out of Magic Kingdom that day feeling much brighter than I did when I woke up. Disney is truly a magical place for our family.

If Disney has brought joy and happy to your life, we would love to hear about it. Share your stories with us. In addition, let us know how you will be celebrating Walt Disney World’s 50th!

For more Disney fun, check out: 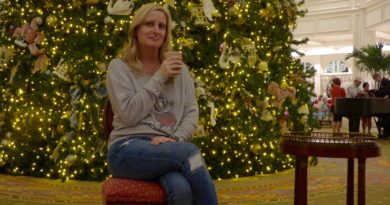 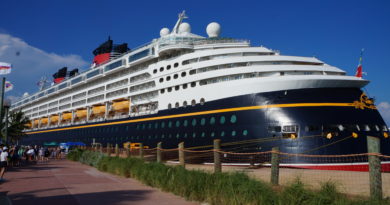 7 Tips For Cruising With Disney

25 FREE Things To Do At Disney’s Fort Wilderness

38 thoughts on “How to Celebrate Walt Disney World’s 50th”