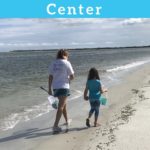 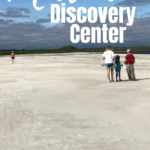 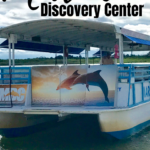 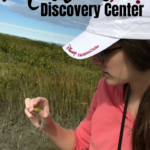 When we signed up to join the Marine Discovery Center field trip, the only thing I knew, was we were boating out to an area along the coast of Florida for exploration. I had no idea we would be exploring one of the most productive natural habitats in the world, Indian River Lagoon.

So you may be wondering what exactly makes Indian River Lagoon one of the most productive natural habitats in the world, so this is what we learned. Indian River Lagoon is the most important brackish water estuary ecosystem in North America. Brackish water is when water is more salty than freshwater, but not as salty as seawater. An estuary is when brackish water occurs because river water meets sea water, but is partially enclosed. This produces a unique, nutrient dense environment, which creates a habitat unlike any other.

Our field trip began at the Marine Discovery Center building. Here inside, they have a gift shop, but they also make sure all paperwork is filled out, and your group is all together. Plus restrooms, because the boat ride takes you to Disappearing Island, so no restrooms!

There is Sea Life on display such as turtles, seahorses, urchins, and fish in the lobby area.

Educational displays on sharks and dolphins too. And just in case you didn’t know….. New Smyrna Beach, Florida is shark bite capital of the WORLD!!!

We drove about a mile away, to park at the boat dock. Then headed out on our boat ride through Indian River Lagoon, to get to Disappearing Island.

During the boat ride our guides filled us with knowledge on brackish water, estuaries, and the diverse wildlife that call Indian River Lagoon home. We learned only brown pelicans in the lagoon.

When we got to Disappearing Island, the guides had nets, buckets, containers, and other tools for us to use and explore with. We were free to roam wherever we wanted.

Jojo went off with her friends, so Anna and I went walking together. Anna loves to dig in. Right away she was checking out the plant life within the inner water on the island.

We came across this dead starfish. Would have been so cool if it were alive, but I must say, it’s still beautiful.

Here are some more of the crabs and shells we found.

There were also some animal tracks in the sand. We followed them as far as we could, but it pretty much lead us into some brush.

You could see the Ponce Inlet Lighthouse across the intracoastal. We had visited the lighthouse a few years back, so we were familiar with seeing Disappearing Island from the top of the lighthouse.

As you can see, we had lots of beach to roam, and our group was the only people out there. Disappearing Island is a pretty popular boating destination on the weekends. Sadly people leave quite a mess, so without being asked, the kids took it upon themselves to clean up trash that was left behind.

As the tide moved in, there were lots of birds sitting in the shallow water. You can see Anna had fun chasing them into the air in our video. I was pleasantly surprised to see this photo taken by one of our coop teachers, and photographer, Manda. I was so happy she captured this moment.

Manda also took this great shot of Anna with the lighthouse. I was not familiar with where we would be going, so I chose not to bring my camera, and just used my phone. Next time I will bring my big camera.

I took a screen shot of my maps to show how we were “in the water” while on Disappearing Island.

On our boat ride back, the guides talked a bit about dolphins. We were able to see some Atlantic Bottlenose dolphins swimming throughout the lagoon. There are over 1000 of them living in the lagoon, that never go out.

There are several differences between ocean and lagoon dolphins. Lagoon dolphins have smaller bodies, because their habitat is smaller. But their fins are larger to help them maneuver around obstacles, such as boats. Lagoon dolphins also travel in smaller pods.

We’ve been on some pretty great adventures along our homeschooling journey, and this one is definitely on the top of our list. Would you have believed exploring one of the most productive natural habitats in the world could be so much fun?

Be sure to check out the website for Marine Discovery Center to see all they have to offer. And you can follow them on their Facebook Page to stay up to date with events. 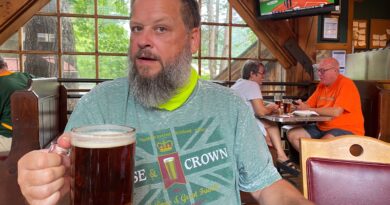 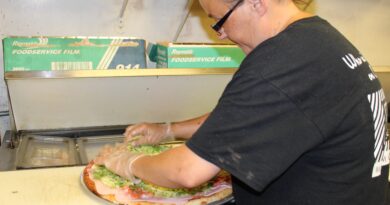 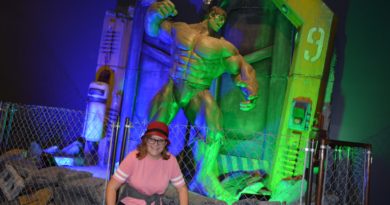 34 thoughts on “Most Productive Natural Habitats in the World”