So, a friend was telling me about a new theatre opening in Eustis. Excited to know more about it, I reached out, to learn more. We had the pleasure of meeting with the Duarte family, and they are making big things happen.

Michelle and Joe Duarte, along with their son Scott, and daughter Victoria, are making their dreams come to life. What began as a trip to check out a commercial space for opening a cafe, ended in finding a hidden, empty theatre to fulfill Michelle’s calling to open a local theatre program. As soon as Joe saw this ticket booth, he knew Living Drama Theatre would have a home.

The Duarte’s know God had a hand in leading them to find what used to be both the old Eustis Movie Theatre, and the Florida Sunshine Opry. We enjoyed hearing the excitement in Joe’s voice as he shared their vision for transforming the old movie theatre into a vintage theatre, complete with a uniformed doorman.

There is much more work to be done, but as they say, “The show must go on!!” And it will,  this Friday, July 5th. Opening night for their first show, Southern Fried Funeral, will take the stage.

Dewey Frye is dead and the rest of his family is left to pick up the pieces — that is if they don’t kill each other first. Not only does matriarch Dorothy have to contend with sudden widowhood, but she’s also faced with church-committee harpy Ozella Meeks sticking her nose in the family business, Dewey’s snake-in-the-grass brother making a grab for her house, and two grown daughters reliving their childhood rivalry. Funerals bring out the worst, the best, and the funniest in people, and the Fryes are no exception. A big-hearted comedy about family — Southern-style.

Next up will be, The Outsiders, in September.

We love how each family member contributes their strength to mix. Michelle brings her background in both Broadway, and Off Broadway productions to Living Drama Theatre. Joe has his hand in many different aspects, including graphic design. Scott is the art director, house manager, and takes care of all their social media. He also runs his own film production company. Victoria holds an AA in theatre performance, so she is available to help in many different ways.

And……as for the cafe I mentioned earlier, The Duarte family did take the commercial space next to the theatre. They’re hoping to open Encore Café and Bistro later in the fall. Be sure to follow us on Facebook for updates.

If you’re not familiar with the old movie theatre, Living Drama Theatre is located at 431 Plaza Dr, in the corner of the Big Lots plaza.

Stay in the know with Living Drama Theatre on their Facebook page. Coming in January, they’re planning a youth program.

What else is new around Golden Triangle? Have you heard about Monster Dough? 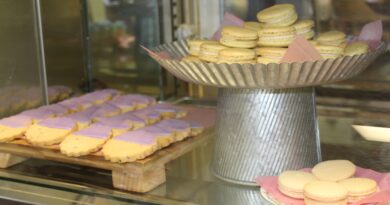 Where to Get the BEST Desserts Around Orlando 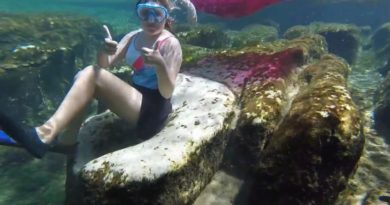 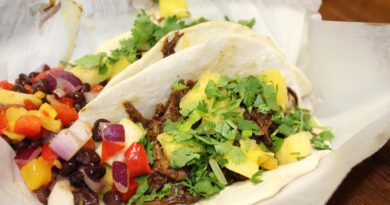