Have you ever had your faith tested? In a way you could never, ever have possibly prepared to deal with? For our family, a story of faith tested, was 15 years ago, the morning of December 14, 2005. A drunk, and drugged up, 18 year old young man wandered into a preschool parking lot, and carjacked our truck. Our 11 month old daughter inside the truck, and we had no idea of his intoxicated condition, or his intent. One thing we did learn, there ARE angels among us.

How could this have possibly happened?

Everything happened so fast, no one knows exactly how it all took place. Including all the other parents standing close by. What I do know is during the whole ordeal, God took control of everything. It was ONLY by His grace I remained calm enough to make a phone call to 911 and describe our truck details, give a description of our daughter, down to the clothes she was wearing. It all came out, without hesitation, as if I was having some kind of out of body experience. Still remains too vividly in my mind.

One thing has always stood out in my mind from that moment being on the phone. I recall looking up, and there, standing in a circle was one of the teachers (also our neighbor), with several other moms. She was leading them all in prayer. A feeling of “everything going to be alright” came over me, as I watched them pray. It seemed as if I was standing watching them for minutes, when it fact it was merely but a couple seconds.

The Blessings of Amber Alert

Next was the phone call to my husband at work, then to my mom. I have no recollection of speaking to my husband. I suppose the fact of it being one of the worst calls to ever make, anxiety of it all got in the way. But I do remember speaking to my mom. Even though these phone calls were short and close together, by the time I called my mom, she had already heard the Amber Alert while watching the news. She knew by the description of our truck, it was us. She called my dad, who was working in Toledo at the time.

Some of the moms, dads, and grandparents set off in search of finding our Jojo, and the truck. I am still so very thankful for all the families, and our community, for coming together they way they did for us. Even not knowing his intent at the time, my fear was once he knew she was in the truck, he would just leave her somewhere outside, in the snow and cold.

Matt made a 30 minute drive in about 20 minutes, and even lost a salt spreader off the back of his truck on the way. With no idea of where/when it fell off. My sister worked just minutes away, and was able to come be with us. My nephew was in the same school, therefore my sister-in-law was able to be there with us, along with several other friends.

I recall lots of cop cars, and choppers out looking. The efficiency of the Amber Alert, and the local police was unbelievable. Matt’s brother was/is a police officer for another local city, so word spread to all the surrounding area police stations.

Faith Tested, How Long Was She Missing?

It was the LONGEST 45 minutes of my life, and some may not even consider this long enough to have your faith tested. But I assure you, it seemed like hours. I don’t even remember how we were told she was found. We headed out to get her, and she was just blocks away, and a couple streets over from the school. As we drove up, Deb was holding our Jojo, and comforting her. There were lots of cop cars, and news crew.

What We Found Out After

He drove away from the school, then decided to head back to the house he had walked from, which was where the truck was found. So, he drove in a several mile circle. After getting a couple miles away, he rear ended, and side swiped another truck, which the driver just so happened to be a parent from our other daughter’s school. Once he got back to his cousin’s house, he grabbed his cousin to go joy ride in the truck. His cousin was the one who realized Jojo was in the truck, So the entire 45 minutes, he had NO idea she was even in there. Mind you, our Jojo despised riding in the truck. She would cry the entire time. He had the music so loud, he never even heard her crying. Which was heart breaking.

Once they knew the trouble they would be in for kidnapping, they attempted to get into the cousins’ car and leave. That’s when John & Deb happened to pass the street. When they saw the truck, they drove up, and blocked them into the driveway. Both boys got out of the car and ran. Without hesitation, or concern for his own well-being, John chased after them, and pinned him down until police came. Even though he threatened John, it did not stop him from continuing to be sure he was stopped. Deb went right to the truck to check on Jojo.

During the trial, we came to find out the boy is Bipolar, and since turning 18, had decided to stop taking his medication. I forgive him, and harbor no hate or anger. This is just one of the reasons I am pretty outspoken when it comes to mental health. To protect my own mental well being, I also chose not to attend any of the trials. This was partly because I had not seen him. I am constantly replaying situations in my head to learn what I could have done differently. Of course I still did this, but if I had to see his face, it would have changed everything for me.

It was really hard to not beat myself up over everything that happened that morning. And thank goodness there was NO social media at the time. There was enough trash talking opinions when I Googled my name shortly after.

The truth is, had it not been me that morning, it would have been one, of the other 4-5 families there in the same moment. I remind myself, God decided I was the one strong enough to handle it. And it was only by His will I able to handle it the way I did.

Several months later, John was awarded for his everyday bravery by the American Red Cross. We will continue to celebrate both John and Deb every day, for the rest of our lives. They are truly Angels Among Us. We still spend time with John and Deb when we make trips back to Michigan. They will forever hold a special place in our hearts.

We all know life can change in the blink of an eye, and in every trying time, is something to be learned. Lesson one….. No matter how much you think you know about any given situation, you NEVER know it all, so control your judgement. Second, my challenges are most likely saving someone else from dealing with something they can’t handle right now. There’s no denying 2020 has been trying for way too many reasons to count. For those dealing with extremely difficult situations, I continue to pray for better outcomes, and clarity for life’s path. We are most thankful for John & Deb, and the selfless act of putting the life our daughter before their own. They are angel among us, and my hope is our story of faith tested will inspire.

For more of my life insight, check out: How to Allow Children to Practice Real Courage 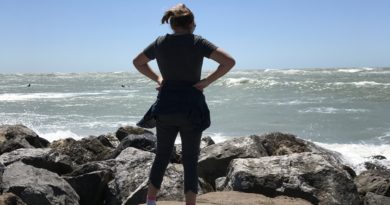 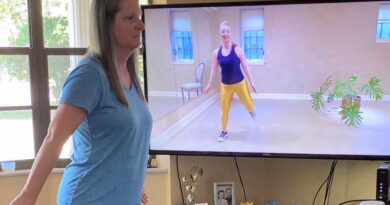 Best At Home Workout For All Fitness Levels 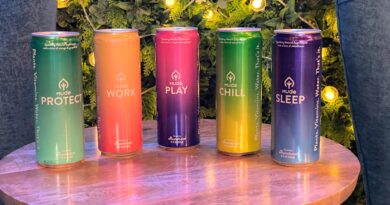 Review of Mude Health Drinks: How to Boost Your Immunity